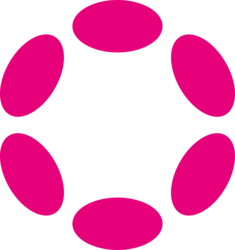 Polkadot Coin Price Chart determines the exchange rates between major fiat currencies and cryptocurrencies – including BTC, ETH and XRP to USD, EUR, GBP. Conversion rates are based on Live DOT Price Index and the price indices of other digital assets.

Polkadot is an open-source blockchain platform that allows other independent chains to safely exchange messages and conduct transactions with one another without the need of a reliable third party, it promotes connectivity and interoperability between blockchains. This enables building cross-chain DApps (decentralized applications) utilizing the Polkadot Network and enables cross-chain transfers of data or assets between various blockchains. Its native token is called “DOT”.

Polkadot connects a burgeoning ecosystem of parachains, and Its apps and services enable secure cross-chain communication, laying the groundwork for a genuinely interoperable decentralized web.

Polkadot is one of the top cryptocurrencies on Coinmarketcap, and have a market value of $ 242,646,520.

The moving average (MA), which is situated at the $ 6.29 level, is being traded above the price. The levels of the Relative Strength Index (RSI) are likewise steadily rising. The RSI curve has once more shifted upward, and the index is currently trading at 49, which is close to the neutral zone's center, signaling market purchasing activity.

The market is currently highly optimistic, but there is still a chance for further price volatility, according to the Polkadot price research. However, before finding any additional higher levels today, traders should anticipate DOT to correct.

A brief history of Polkadot

Polkadot is a sharded blockchain technology which enables effective communication and collaboration amongst different blockchains, enabling them to divide heavy workloads and avoid bottlenecks.

Gavin Wood, a co-founder of Ethereum, invented the protocol. In October 2017, the protocol's initial coin offering raised about $144.3 million.

Polkadot is a translation architecture at its heart that enables users to combine, decentralize, and scale blockchains as required. Without the use of Polkadot, networks made up of a single blockchain were unable to be implemented into practical applications because to the limited number of transactions they could process in a given amount of time.

How does Polkadot work?

Polkadot is a shared multichain protocol which enhances blockchain interoperability and makes it easier to transfer assets or data between chains. Through on-chain governance by token holders and community members with stakes, the layer-0 metaprotocol independently updates its coinbase.

A proof-of-stake consensus algorithm is used by the Polkadot network and also Blind Assignment for Blockchain Extension (BABE) is the protocol in use, which is based on the Ouroboros.

Through the connection of specialized blockchains, Polkadot improves user interface and functionality while facilitating transactions. The improvement of multi-chain permissionless data and information transfer is Polkadot's main benefit. With the help of Polkadot, users can easily build new applications and services and support a decentralized internet of blockchains.

Through the creation of a network called a Relay Chain, which connects various blockchains, Polkadot is able to create a web of single-unit chains that can be utilized to carry out specified activities without running out of computing power. When connected, blockchains operate as a single, more complicated entity rather than individually. As a result, numerous transactions can be processed by a single Polkadot relay chain at once. Additionally, the Polkadot relay chain is closed and secure, preventing unwanted access to and modification of the data sent between separate chains. This prevents off-network communication between individual blockchains.

Dr. Gavin Wood, the president of the Web3 Foundation, is the most well-known of the three due to his prominence in the field as the co-founder of Ethereum, the creator of Parity Technologies, and the creator of the programming language for smart contracts known as Solidity. Wood is also credited with coining the term "Web3."

A Fellow with expertise in blockchain and encryption, Habermeier is a researcher and developer. Czaban, who earlier served as the Technology Director at Web3 Foundation, has substantial knowledge in a number of highly specialized finance fields.

As a sharded multichain network, Polkadot can process numerous transactions on various chains concurrently. The ability to process data in parallel enhances scalability.

The Substrate architecture makes it quick and simple to create custom blockchains, and Substrate blockchains are made to be simple to link to Polkadot's network. The network is also very adaptable and flexible, enabling participants to share data and functions. To add new features or fix bugs, Polkadot can be automatically upgraded without the need for a fork.

Polkadot is one of the most promising layer 1 blockchains, according to many analysts. Polkadot pricing, however, has fallen short of all the excitement because of the network's extremely low activity. The downturn has been made much stronger by the continued unfavorable price movement of BTC.

When it comes to management, Polkadot is also decentralized and completely open. Every participant in a Polkadot relay chain has a voice in network management, and their choices are made public to all other participants. Because of this, Polkadot is especially helpful for managing blockchains that include sensitive data or have a big impact on high-stakes decisions.

What is the live Price of Polkadot now?

Actual price of Polkadot to US Dollar now is $ 6.29

What is the Polkadot ticker?

Where to buy Polkadot?

You can buy Polkadot on any exchange or via p2p transfer. And the best way to trade Polkadot is through a 3commas bot.

Can I make money with Polkadot?

You should not expect to get rich with Polkadot or any other new technology. It is always important to be on your guard when something sounds too good to be true or goes against basic economic principles.

Can I make money with Polkadot?

You should not expect to get rich with Polkadot or any other new technology. It is always important to be on your guard when something sounds too good to be true or goes against basic economic principles.

What is the all-time high of Polkadot?

What is the market cap of Polkadot?

What is the 24-hour trading volume of Polkadot?

How many Polkadot are there?

What is the relative popularity of Polkadot?

Polkadot current Market rank is #14. Popularity is currently based on relative market cap.