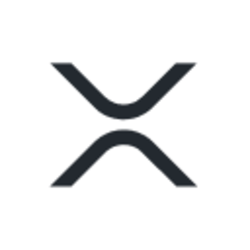 XRP Coin Price Chart determines the exchange rates between major fiat currencies and cryptocurrencies – including BTC, ETH and XRP to USD, EUR, GBP. Conversion rates are based on Live XRP Price Index and the price indices of other digital assets.

Ripple was created from the beginning to essentially replace SWIFT (a well-known money transfer network) or to replace the settlement layer between significant financial institutions.

It acts as a trusted intermediary between two parties in a transaction because the network can rapidly verify that the transaction was successful. Ripple can help with exchanges for many different fiat currencies and cryptocurrencies.

Ripple has an incentive to support the development and long-term success of the cryptocurrency price charts. A different percentage of the XRPs is kept in reserve for recurring market sales.

Naturally, this has caused investors to worry that a large amount of XRP would be issued all at once, depreciating the value of other XRP price that is already in use. After all, one of the things that gives a currency its worth is its relative scarcity.

XRP has many advantages and utilities which includes:

What is the XRP Ledger?

The XRP Ledger Network uses a distinctive Federated Consensus technique as its way of validating transactions, unlike Bitcoin or Ethereum. Through a consensus protocol, selected independent servers known as validators agree on the sequence and conclusion of XRP transactions, confirming transactions on the XRPL. Each transaction is processed uniformly across all servers in the network, and any transaction that complies with the protocol is immediately confirmed. Anyone can use a validator, and all transactions are open and transparent. There are already more over 150 validators on the ledger, run by institutions, exchanges, organizations, and private persons worldwide.

How does XRP work?

XRP, The Ripple's  blockchain infrastructure, aims to execute finance with fast, low-cost, and simple cross-border transactions. As a result, it is a feasible alternative to the Society for Worldwide Interbank Financial Telecommunication, which is currently utilized by the majority of institutions. Ripple offers various advantages to customers who do international transactions.

The XRP cryptocurrency uses a consensus system combining numerous bank-owned servers to verify transactions. Validators confirm the validity of proposed transactions by comparing them to the most recent version of the XRP Ledger. To be validated, a transaction must be accepted by the majority of validators.

Most cryptocurrencies have a single person or entity that can be attributed with originating the cryptocurrency. The history of XRP is complicated because multiple people were involved in developing both the technology and the commercial entities that helped it expand.

The creation of XRP is often attributed to OpenCoin co-founders Jed McCaleb (who also created Mt. Gox), Arthur Britto (who helped develop the XRP Ledger), and Chris Larsen (who started multiple fintech startups). Nonetheless, while they were significant figures in the field, others who were involved includes:

The XRP Ledger network offers a wide range of payment-related applications and use cases, including as micropayments, DeFi, and soon, NFTs. The XRPL was released in 2012, and it provides Python, Java, and JavaScript developers with strong utility and flexibility. Developers may access a variety of tutorials on the XRP website to get started with various coding languages, creating apps, managing accounts, and more.

It is critical to note that they are not synonymous: Ripple is a for-profit corporation that promotes and develops XRP, the software that powers it (the XRP Ledger), and various other transaction-focused projects. The corporation insists that the two entities are distinct.

The XRP Ledger is being used to "power breakthrough solutions across the payments landscape."

How Is the XRP Ledger Network Secured?

Notably, XRP's blockchain functions a little bit differently than the majority of other cryptocurrencies. Other cryptocurrencies let anyone who can quickly solve difficult equations access to their transaction ledgers and verification procedures. But because the majority of ledger holders must consent to the verification before a transaction can be added, it is safe.

The Ripple network, which runs on XRP, uses a consensus system and partially centralizes things. Anyone can download its validation software, but it also keeps a list of distinct nodes from which users can choose the ones they believe are least likely to deceive them in order to validate their transactions.

Every three to five seconds, as new transactions are received, the validators update their ledgers and compare them to those of the other validators. When there is a discrepancy, they pause to determine what went wrong. Transactions are efficiently validated if 80% of these distinct nodes believe they are genuine.

What is the live Price of XRP now?

What is the XRP ticker?

Where to buy XRP?

You can buy XRP on any exchange or via p2p transfer. And the best way to trade XRP is through a 3commas bot.

Can I make money with XRP?

You should not expect to get rich with XRP or any other new technology. It is always important to be on your guard when something sounds too good to be true or goes against basic economic principles.

Can I make money with XRP?

You should not expect to get rich with XRP or any other new technology. It is always important to be on your guard when something sounds too good to be true or goes against basic economic principles.

What is the all-time high of XRP?

What is the market cap of XRP?

What is the 24-hour trading volume of XRP?

How many XRP are there?

What is the relative popularity of XRP?

XRP current Market rank is #6. Popularity is currently based on relative market cap.