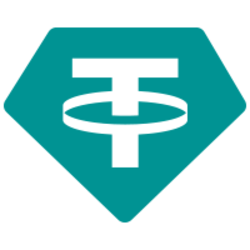 Tether Coin Price Chart determines the exchange rates between major fiat currencies and cryptocurrencies – including BTC, ETH and XRP to USD, EUR, GBP. Conversion rates are based on Live USDT Price Index and the price indices of other digital assets.

Tether is a stablecoin, pegged to the value of a conventional currency, such as the U.S. dollar. Stablecoins are more widely used as a form of exchange than regular money because of their consistent value.

Stablecoins are also used as collateral via decentralized finance (DeFi) lending and staking protocols, which has contributed to their explosive development in popularity.

USDT, which had a market value of close to JPY 130.06 as of Jan 31, 2023, was the largest stablecoin and the third-largest cryptocurrency after Bitcoin (BTC) and Ethereum (ETH) as it made up two-third of all Bitcoin exchanges in value as at April 2022.

A Brief History Of Tether

When USDT first debuted in July 2014 as RealCoin, it underwent a rebranding in November of the same year, before making its first public appearance in February 2015. Tether, which was initially built on the Bitcoin blockchain, now works with the Ethereum, TRON, EOS, Algorand, Solana, OMG Network, and Bitcoin Cash (SLP) blockchains in addition to the Bitcoin Omni and Liquid protocols.

Although it is often contested, USDT has the legitimacy that few other projects can genuinely match as it has been used and accepted for years. It is widely acknowledged as a payment method and a medium of exchange by many businesses and protocols inside the blockchain ecosystem.

Tether is immune to market dangers like the Black Swan events because of its enormous reserves. Peer-to-peer trading and PoW or PoS security are two additional amenities that USDT shares with other cryptocurrency tokens on the network, making it an attractive hedge for both consumers and traders.

How Does Tether Work?

Each USDT token released is backed by assets valued at one US dollar. All Tether can now be issued on any chain that Tether currently supports, despite having been initially issued on the Bitcoin blockchain using the Omni Layer protocol. Once a Tether (one USDT) has been created, it can be used in the same way as any other coin or token on the chain it was created on. The blockchains of Bitcoin, Ethereum, EOS, Tron, Algorand, and the OMG Network are currently supported by Tether.

Because Tether uses proof-of-reserves, their reserves will always be equal to or more than the total number of USDT in circulation.

Where Can You Buy Tether?

USDT tokens are available for purchase and sale on several cryptocurrency exchanges, including Binance, CoinSpot, and Bitfinex.

What is the live Price of Tether now?

Actual price of Tether to Japanese yen now is JPY 130.06

What is the Tether ticker?

Where to buy Tether?

You can buy Tether on any exchange or via p2p transfer. And the best way to trade Tether is through a 3commas bot.

Can I make money with Tether?

You should not expect to get rich with Tether or any other new technology. It is always important to be on your guard when something sounds too good to be true or goes against basic economic principles.

Can I make money with Tether?

You should not expect to get rich with Tether or any other new technology. It is always important to be on your guard when something sounds too good to be true or goes against basic economic principles.

What is the all-time high of Tether?

What is the market cap of Tether?

What is the 24-hour trading volume of Tether?

How many Tether are there?

What is the relative popularity of Tether?

Tether current Market rank is #3. Popularity is currently based on relative market cap.